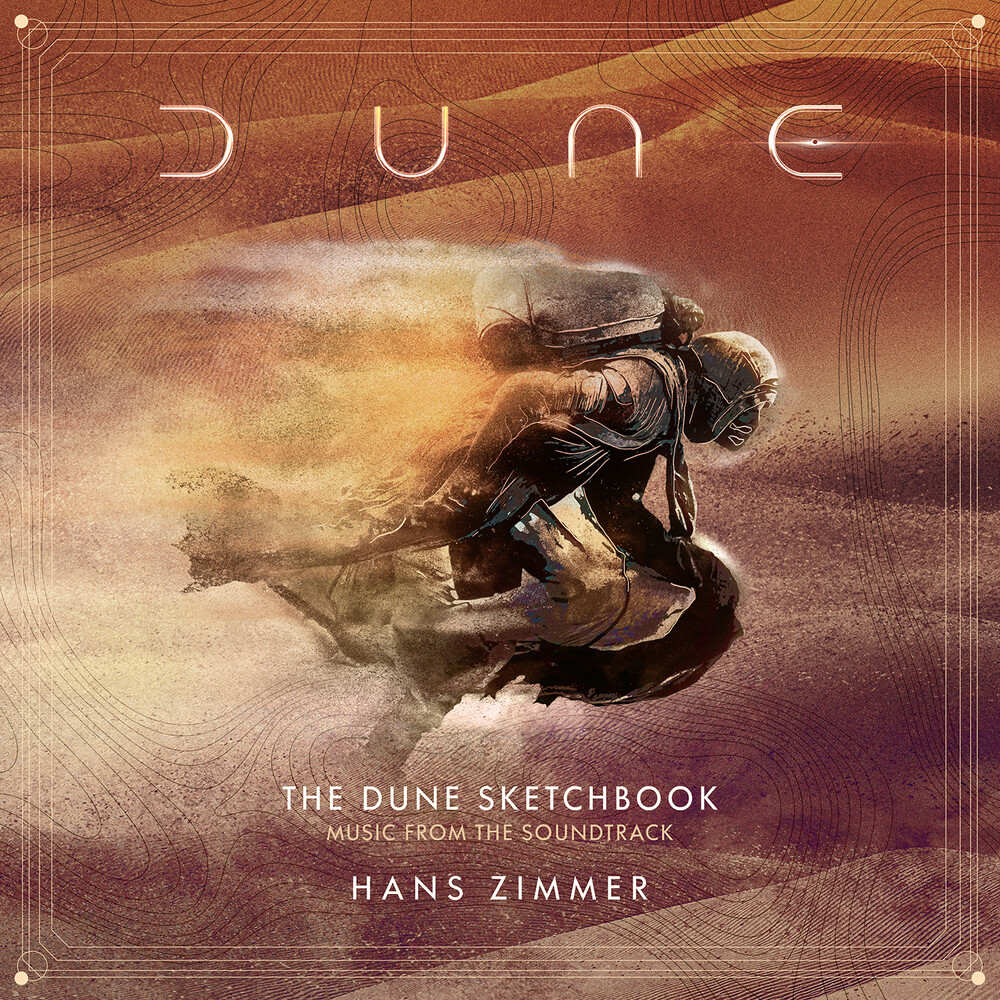 Oscar nominee Denis Villeneuve ("Arrival," "Blade Runner 2049") directs "Dune," the big-screen adaptation of Frank Herbert's seminal bestseller of the same name. A mythic and emotionally charged hero's journey that tells the story of Paul Atreides, a brilliant and gifted young man born into a great destiny beyond his understanding, who must travel to the most dangerous planet in the universe to ensure the future of his family and his people. As malevolent forces explode into conflict over the planet's exclusive supply of the most precious resource in existence-a commodity capable of unlocking humanity's greatest potential-only those who can conquer their fear will survive. The Dune Sketchbook (Music from the Soundtrack) is comprised of extended, immersive musical explorations of the "Dune" film score by legendary composer Hans Zimmer. Composing icon Hans Zimmer has toured internationally, including performing at the Coachella festival. His award highlights include: Academy Award winner; 4x Grammy Award winner, 2x Golden Globe winner, Tony Award winner, American Music Award winner, Lifetime Achievement Award from the National Board of Review, lifetime achievement awards from ASCAP and BMI, and a star on the Hollywood Walk of Fame. A sample of Hans Zimmer's 200+ film credits include: Interstellar, The Lion King, the Pirates of the Caribbean series, Inception, Gladiator, Dunkirk, and The Dark Knight Trilogy.
back to top