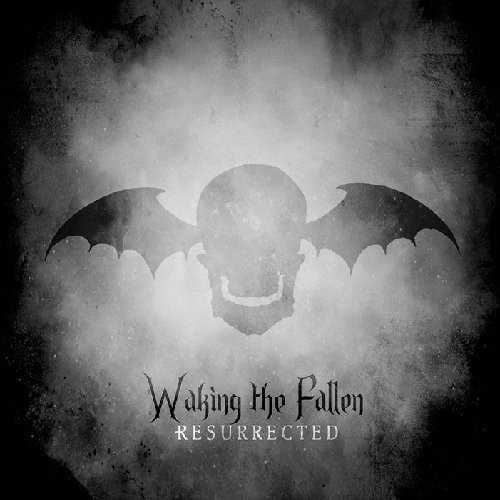 Waking the Fallen: Deluxe
Artist: Avenged Sevenfold
Format: CD
New: Not on Hand, Let us see if we can get it for you!
Wish

One of the world's largest rock bands Avenged Sevenfold presents, Resurrected, a new album experience unlike anything they have ever released. Avenged Sevenfold has personally curated this back from the dead look at their fan favorite, genre defining, breakthrough album Waking The Fallen. This rare new release includes 11 never before heard songs, 23 total tracks, new artwork, a never before seen music video for Unholy Confessions, and a 30 minute film featuring the present day band. This is a must own album for any A7X fan!

Lets take a closer look at this brand new content....

Two new songs, including the lead track Waking The Fallen: Resurrected, which had been lost to history before it was discovered buried deep within the original multi track recordings. Originally intended to make the album as a full song, it was ultimately reworked into a vocal free intro. Later the band drew inspiration from this lost song's piano intro, building it out into their hit song Beast And The Harlot off of their next album City Of Evil. This song is a previously unknown link between two major era's in the band s career.

Four never before heard demos recorded by Thrice's Teppei Teranishi including, Chapter Four, Remenissions, I Won't See You Tonight Part 1, I Won't See You Tonight Part 2. These early version demos contain alternate lyrics, melodies, and arrangements giving fans a unique and unprecedented behind the scenes look at the evolution of four of the band's most popular songs.

A 30 minute documentary featuring brand new interviews from band looking back on the of the lead up, demoing, recording and touring around the Waking The Fallen album. The 30 minute film includes personal behind the scenes home movies and photos from the band's earliest days.

The original Unholy Confessions music video, which has never been seen by the public. This first ever Avenged Sevenfold music video has been locked away with the intention of never being released, but now the band is including this rare video as a tribute to their late drummer The Rev.

Expanded artwork including new photos and illustrations created by the original album artist.