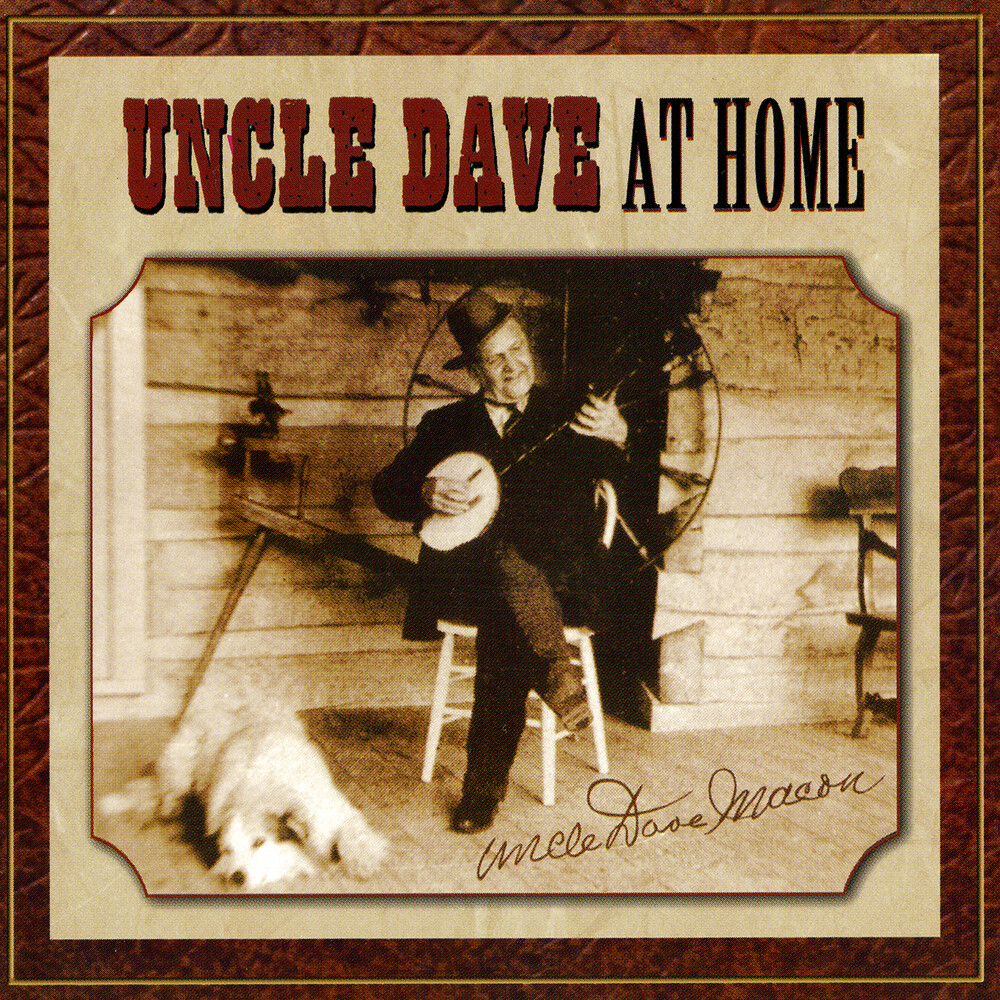 No Tennessee old time country singer has done more for traditional American music than Uncle Dave Macon. Coming from a Middle Tennessee heritage that included ballads, Civil War songs, church songs, African American blues and vaudeville and medicine show music, Macon began his career when he was fifty years old. He was one of the first authentic Southern folk musicians to make commercial records in the 1920s and his role as one of the founding and most beloved members of the Grand Ole Opry made him one of the first members of the Country Music Hall of Fame. The music on At Home was recorded informally by pioneer folklorist, Charles Faulkner Bryan at Uncle Dave's home in Kittrell, Tennessee in 1950. Uncle Dave plays and sings some of his most popular numbers but nearly half of the pieces were never commercially recorded. This is old time music at it's best!