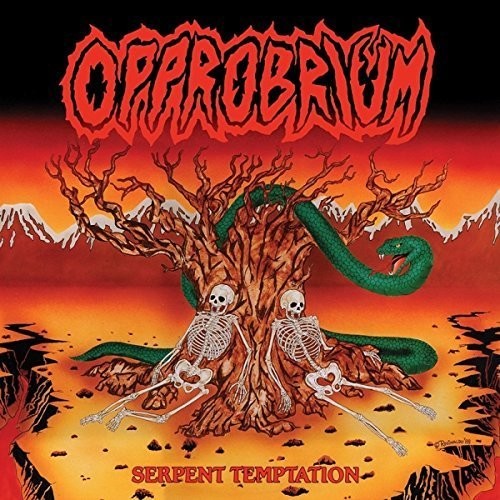 Serpent Temptation [Vinyl]
Artist: Opprobrium
Format: Vinyl
New: Not on Hand, Let us get it for you
Wish

Vinyl LP pressing. Serpent Temptation, the 1988 debut by New Orleans death/thrash pioneers Opprobrium (formerly known as Incubus) will see a deluxe reissue for the first time in nearly thirty years! Released at the height of extreme metal's reign, Serpent Temptation has since been rightfully hailed as an underground classic for it's innovation and ferocity. Undoubtedly one of the heaviest records of the 1980s, the album has now been remastered by Brad Boatright (Sleep, Obituary) and includes four bonus tracks from the band's 1987 demo plus an extended booklet.