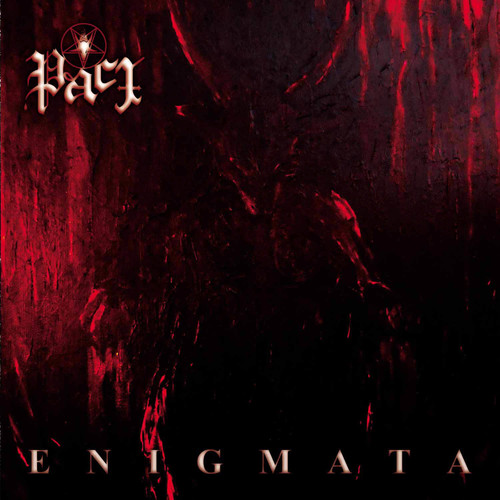 2018 release. The death metal album Immortal will never record! The black metal album that Incantation should have recorded! The mysterious US occult metal act Pact return with the most anticipated black-death occult rock album of the year, Enigmata. A remarkably heavy and domineering sound is inherent throughout the entire album, with an otherworldly atmosphere that engulfs you in oppressive despair. Militant song writing, commanding execution and vortextural violence once again prove that pure black death metal is still a wellspring of talent and innovative evil. Due to their true occult practices, Pact deliver The fist "unorthodox" orthodox black metal album! Pact take traditional Death, Black Metal and Occult Rock and twist it to their own, unique and disturbing design. Enigmata is an uncommonly heavy Blackened death metal album that will make you feel steamrolled at it's end! Pact burn the rulebook and become rulers of their own sinister path!