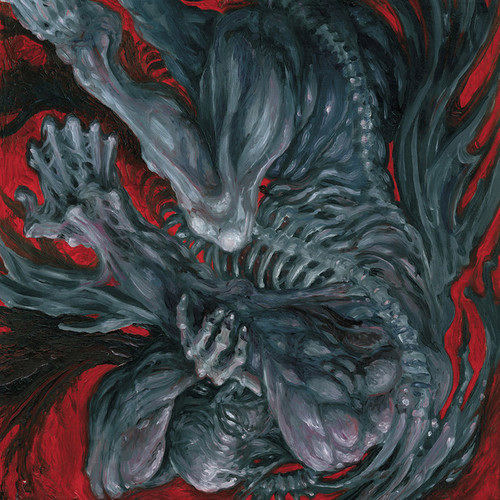 Massive Conspiracy Against All Life
Artist: Leviathan
Format: Vinyl
New: Not on Hand, Let us get it for you
Wish

Deluxe double red/white splatter colored vinyl LP pressing in gatefold jacket. Massive Conspiracy Against All Life (2008) is the fourth full-length album by San Francisco-based one-man black metal band Leviathan. The man behind Leviathan - Wrest, does wonders on Massive Conspiracy Against All Life, creating a black metal album full of experimentation and strange ambience. He capitalizes on black metal experimentation with an ambience that can be both unsettling and unrelenting at the same time, taking the listener on an impressive black metal expedition; down a narrow, creepy stairway into the depths of hell. Contains one bonus track not on the CD plus three extended versions different from the CD versions. Leviathan is an ambient black metal solo project that started in 1998 by Jef Whitehead, using the pseudonym Wrest. In Leviathan, Wrest records and plays all instruments including vocals entirely on his own. He has stated in interviews that he has been playing drums longer than any other instrument and that the drums are his instrument of choice. Wrest also plays and records everything in his other project Lurker of Chalice.