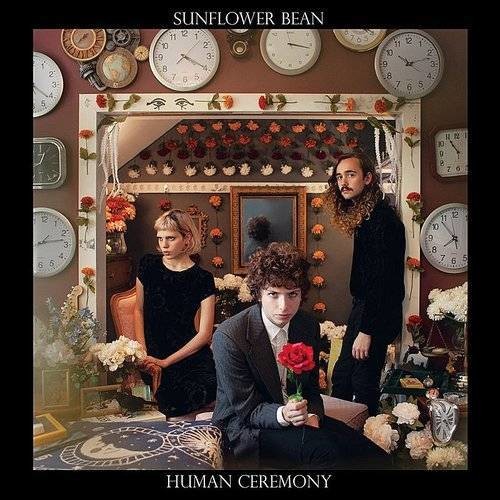 Human Ceremony
Artist: Sunflower Bean
Format: CD
New: Not on Hand, Let us get it for you
Wish

In a haze of distorted guitars and psych-rock come Sunflower Bean, the Brooklyn trio who make wonderful, reverb-soaked music about things they are too young to even romanticize. All three members of the band are under 21, and yet they sing with the wistfulness of souls that are decades beyond their years. Sunflower Bean take a Velvet Underground-inspired foundation and mutate it for their own use and creation. Namely, they chronicle the melancholy aches of reaching post-adolescence, perfectly encapsulating the soreness of your 20-nothing years in a flurry of dusky shoegaze.

After a year that has seen them bursting onto the New York DIY scene and supporting the likes of DIIV, Wolf Alice, and the Vaccines on tour, the band is gearing up to release debut album Human Ceremony, recorded in an impressive seven days in Brooklyn with producer Matt Molnar (Friends). Latest single “Easier Said” is a mist of dream-pop and sparkly garage dissonance. The track builds and builds, exploding when it reaches the chorus. “It’s easier said than done,” bassist Julia Cumming sings, her vocals bordering on the fringe of falsetto. It sparkles and glitters, only a fleeting glimpse of a very promising record.