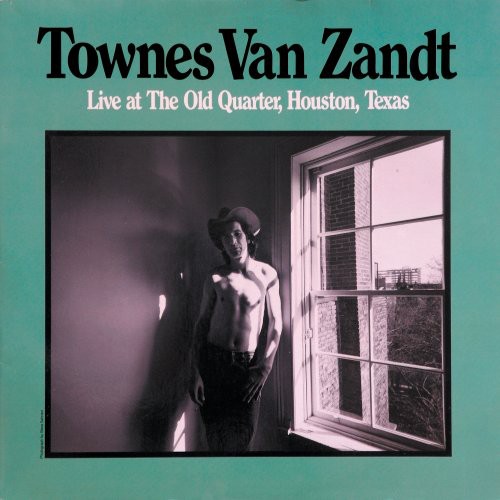 Recorded in July 1973, this amazing double disc is often considered the quintessential live recording of Townes Van Zandt's all too short career. Available now through Fat Possum Records this collection has Townes performing his best known songs: "Pancho & Lefty," "Waiting Round to Die," and "For the Sake of the Song," as well as classic covers such as "Who Do You Love". a must have for any Townes fan.

''Live at the Old Quarter, Houston, Texas'' is a double live album by Texas singer-songwriter Townes Van Zandt. The recording captures Van Zandt in a series of July 1973 performances in an intimate venue early in his career. The Old Quarter was a small venue (18 by 38 feet) operated by Rex "Wrecks" Bell and Dale Soffar that could comfortably accommodate 60 patrons. More than 100 jammed into the room on the night of these recordings.

The recording was first released in 1977 by Tomato Records and has frequently gone in and out of print under various labels (see below). There is a strong critical consensus that this recording is among the most exemplary of Van Zandt's career. Since the singer's death in 1997, live recordings have become an important part of his catalog, and ''Live at the Old Quarter'' has become the meter against which similar recordings are compared.

The liner notes describe the recording as the "Rosetta Stone" of Texas music. One can hear Van Zandt's influences in covers by artist like Bo Diddley, Texas bluesman Lightnin' Hopkins, and country picker Merle Travis. One can also hear Van Zandt's most famous works, songs like "If I Needed You" and "Pancho and Lefty" played to an audience not already familiar with these songs.

The album is also noted for the intimacy of the performance. Van Zandt takes the stage alone and accompanies himself on guitar as he did thousands of times during his career. - Wikipedia