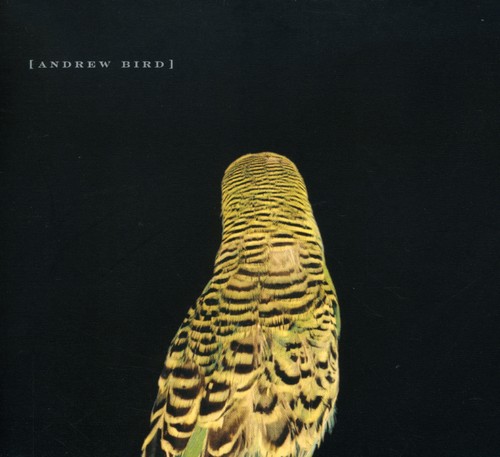 Filled with layers of violin, glockenspiel, vocal harmonies, guitar, piano and the most amazing whistling, ARMCHAIR APOCRYPHA is the latest from Andrew Bird. Bird enlisted his touring drummer Martin Dosh and several other musicians to create this melancholy collage of gentle pop songs. Primarily a violinist, Andrew Bird has pioneered his own distinct sound as an eclectic instrumentalist and songwriter.

''Armchair Apocrypha'' is American singer-songwriter Andrew Bird's fourth studio album and his third post-Bowl of Fire album. The album features more electric guitars, a change from the more acoustic-oriented ''Eggs'', though the songs are similar in character if slightly more straightforward.

"Simple X" is a track started by collaborator Dosh, who wrote the music as the song Simple Excercises off his solo album, Pure Trash, with Bird adding lyrics. The track "Imitosis" is an expansion of the song "I" (also called "Capital I" live) on his 2003 album ''Weather Systems''. The song "Darkmatter" is also a rehash of the song "Sweetbreads", which can be found on the live EP ''Fingerlings 1''. Both bonus tracks also evolved from previous songs: "Sick of Elephants" was originally known as "Sycophantitis" and "Self-Torture" adds lyrics and incorporates the melody from the instrumental "The Water Jet Cilice" from ''Fingerlings 3''. Haley Bonar who opened some shows on Andrew's tour sings background vocals on four songs.

In an interview with The A.V. Club, Bird mentioned that melodies are easier for him to write than lyrics. He was fascinated with the Scythians in 8th grade, so he decided to challenge himself to write a song about them as a way to jump-start his songwriting process.