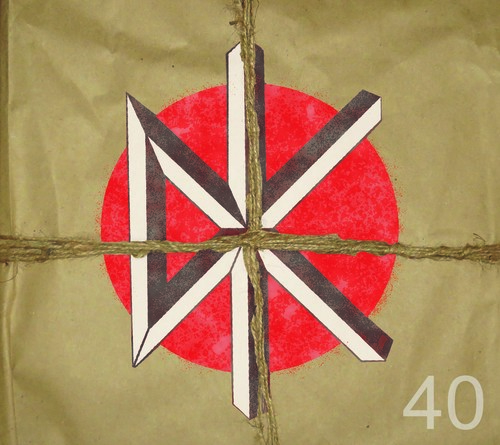 2019 three CD live collection. In 1979, the Dead Kennedys released their first single, "California Über Alles," which started a punk rock revolution in San Francisco and means that 2019 is the 40th Anniversary year of this legendary pioneering punk band. DK 40 is a set of 3 legendary Dead Kennedys performances; Paradiso in Amsterdam 1982, Alabama Halle in Munich 1982 and The Farm in San Francisco1985. The Dead Kennedys were and still are one of the most influential bands in the history of punk rock. They sold a lot of records, but even more importantly, they helped inspire a million people to start punk rock bands, they were the leaders of the revolution! Their lyrics were political in nature, anti-establishment and anti-authority and they always took a stance for First Amendment Rights. Their live shows were always high energy and powerful and that power is evident in the 3 performances included in DK 40, which includes all of their classic songs, including "Holiday In Cambodia." It has been 15 years since the last Dead Kennedys release, but it will be worth the wait. DK 40 is a must for any fans of the Dead Kennedys and vintage punk rock!