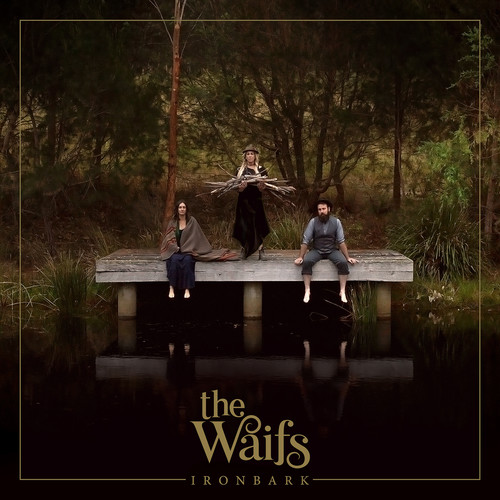 2 CD, four panel wallet with an 8 panel folder insert including liner notes, lyrics and photos. Beloved Australian folk rock band, The Waifs, are celebrating their 25 year anniversary by releasing the 2-CD set, IRONBARK, on March 3rd. Recorded live & acoustic at Josh's picturesque home in the bushland of South Coast NSW, Australia the album really captures the essence of the Waifs' music and the essence of who they are today as artists: Donna Simpson, Vikki Thorn, Josh Cunningham with Ben Franz and David MacDonald around a couple of mics with their guitars, a makeshift junk kit & a double bass, pressing record and playing. A trip that began in a van in 1992, with the three troubadours playing gigs anywhere in Australia that would have them, has led The Waifs to multiple ARIA awards, platinum albums in Australia and successful tours across the world, including touring with Bob Dylan, Keith Urban and the John Butler Trio. Haring the stage with Of Monsters and Men, Milk Carton Kids, Choir Choir Choir!, Kings of Leon; being publicly cited as an influence by artists as distinct as James Hetfield of Metallica, Jeremiah Fraites of The Lumineers, Troy Sanders of Mastodon, and The Infamous Stringdusters; as well as the completion of a documentary film about his career entitled Waiting for My Real Life, named for one of his best known solo recordings. Now finding himself in the unprecedented place of having both '80s fame and indie credibility, it's possible that Hay has delivered the defining album of his solo career.