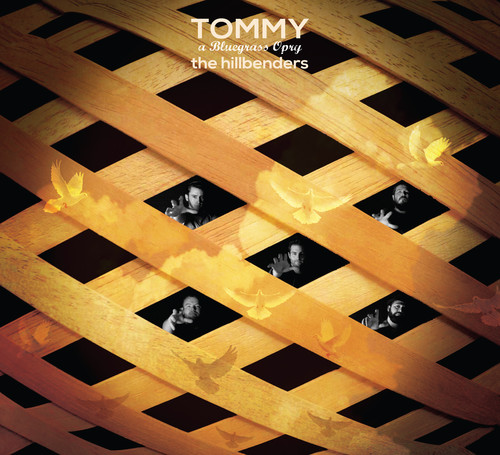 45 years after its initial release, The Who's rock opera Tommy has been transformed by The Hillbenders into a full-length bluegrass tribute with all of the original record's energy, instrumental showmanship, and rock star vocals in tact. Originally recorded with a full rock band, the dynamic bluegrass quintet recreated the legendary album with a banjo, Dobro, mandolin, bass, and guitar. The Bluegrass Opry, as its been dubbed, brings a new perspective to Tommy while paying homage to its creators.

SXSW co-founder and musician/producer Louis Jay Meyers conceived the idea of a bluegrass opry and felt he'd found the right band to pull off this high-wire approach to the record when he met The Hillbenders, a band known for its ability to bridge the gap between musical genres and fans.

This album comes packaged in a 4-color bi-fold wallet with an 8 page folder with full credits, lyrics and liner notes.