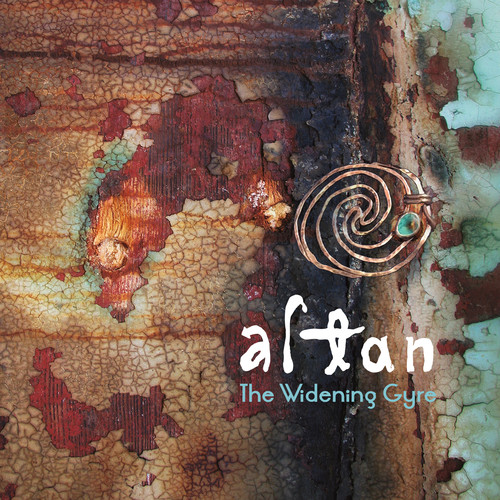 With a career at the pinnacle of Irish music for nearly 35 years Altan has achieved legendary status in a genre that has been equally shaped by the band's influence and genius. On THE WIDENING GYRE, the band explores the musical relationship between American roots music and the traditional music of Ireland. It s the first full project Altan has recorded in Nashville, and working under the guiding hand of producer and Compass co-founder Garry West, the album pairs these Irish masters with some of the leading lights of American folk and bluegrass music, many of whom the members of Altan have known for years. The resulting music is completely engaging, simultaneously breaking new ground and reminding listeners of the ancient bond between Irish and Appalachian music.

Stand out tracks include White Birds featuring Mary Chapin Carpenter on a lush, meditative reimagining of the W.B. Yeats poem about being a bird on the sea, an appropriate metaphor for a band who has musically and physically crossed the Atlantic in the making of the album. Eddi Reader, an amazing singer and very generous person, says founding member Mairéad Ni Mhaonaigh, offers her angelic backing vocals to Far Beyond Carrickfinn. Altan borrowed the mournful waltz No Ash Will Burn from the legendary Nashville songwriter Walt Aldridge. Mairead s crystalline vocals unlock the Celtic undertones of the song and contrast the plaintive baritone of Bruce Molsky, a longstanding friend of Altan and an old-time fiddler and singer of great renown. The bluegrass presence shows itself on Buffalo Gals and Thomasino (Thomas Tourish's Tune), a lively fiddle song written by Altan's own Ciaran Tourish which features bluegrass giants Darol Anger, Alison Brown, Sam Bush, Jerry Douglas, Todd Phillips and Bryan Sutton. Tim O' Brien provides a duet vocal on The House Carpenter (Gypsy Davy), a track which spotlights the shared musical roots of Irish and Appalachian music with references to both of these historical songs.