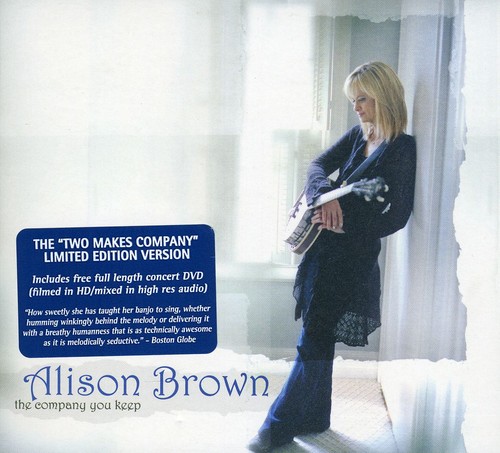 The title of Brown's new studio release The Company You Keep was originally inspired by the words of Spanish novelist Miguel de Cervantes (Don Quixote): "Tell me the company you keep and I'll tell you what you are." But it wasn't until the project began to develop that Brown realized the title actually held two separate, but equally important, meanings for her and for her music. "I've been writing, recording and performing my own tunes for nearly 20 years now," Brown reflects. "And as I thought about the progression of my sound - our band sound - I began to think about what a collaborative effort this musical journey has been.