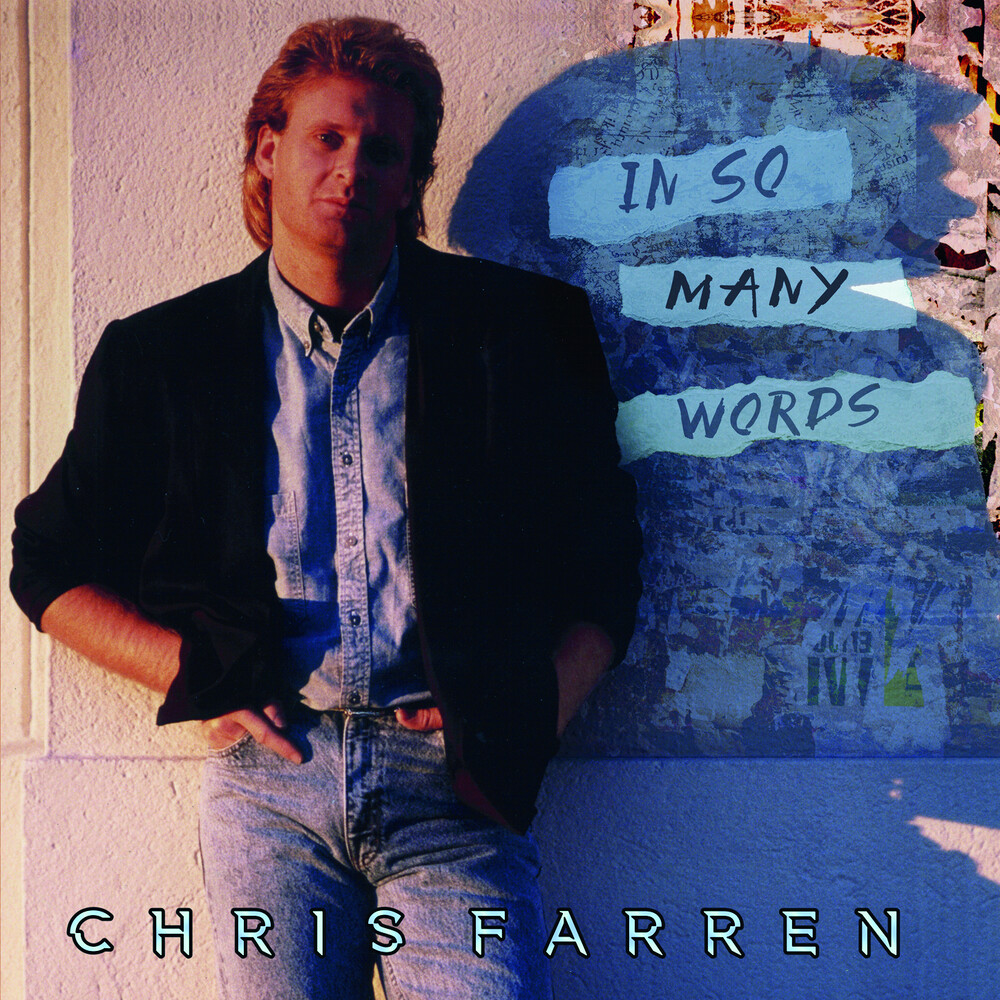 In So Many Words
Artist: Chris Farren
Format: CD
New: Not on Hand, Let us get it for you
Wish

2CD Set All Previously Unreleased Material. Chris Farren has directly been involved in over 100 #1 hits, in many different genres, and well over 100 million albums sold as a songwriter, artist, producer and publisher. An artist himself in his early years, Farren moved to LA in 1982 to begin his musical journey. Drawing upon influences from the singer-songwriter era of the late 70's and combining them with the slicker sound of LA and Ventura Boulevard of the early 80's, Farren created a sound that was uniquely his own. Comparisons can be made to Richard Marx, Mr. Mister, Toto & Foreigner. This release features remastered audio from original sources, including all of the revered songs swapped between AOR traders over the years.