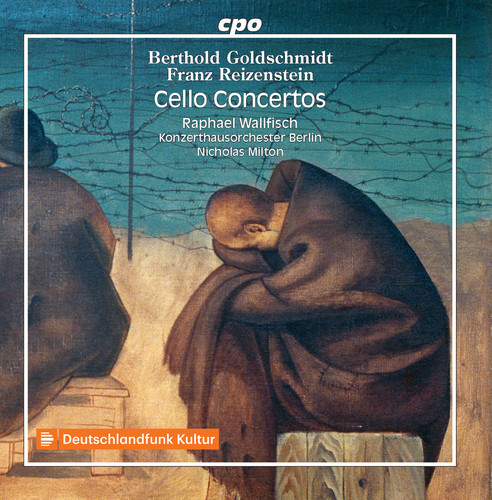 In Berlin the composers Berthold Goldschmidt and Franz Reizenstein developed into products of the anti-romantic "new realism." However, both distanced themselves from this dry objectivity and sought more powerful means of expression while avoiding the late romantic excesses that at the time continued to predominate in Germany. The surprising fact is that neither Reizenstein nor Goldschmidt felt drawn to Schonberg's method of twelve-tone composition. In 1934 and 1935 both composers fled from Berlin to England, that is, prior to the tightening of immigration requirements. Influences from Reizenstein's teachers Paul Hindemith and Ralph Vaughan Williams are audible in the rather harsh, expressionistic character of his concerto. Raphael Wallfisch writes of this work, "Reizenstein's Cello Concerto is a tour de force for the cellist. What is involved here is an epic and heroic statement in which lyrical and dramatic elements alternate."