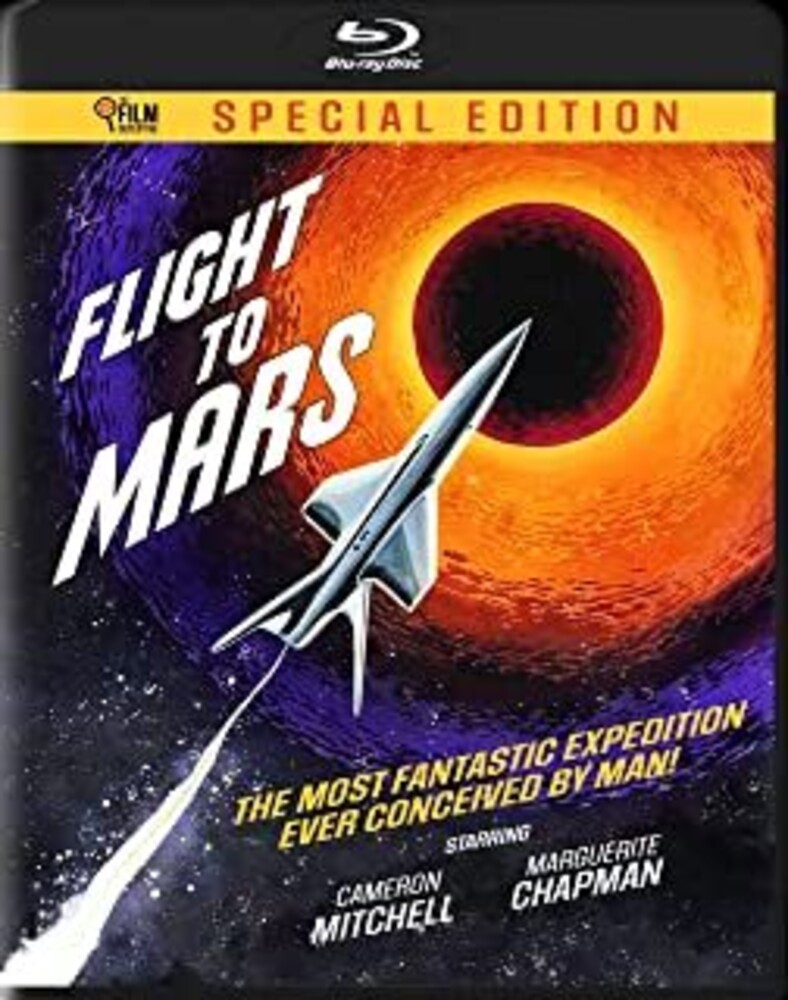 Will this be man's greatest expedition? Or will it be man's doom?From legendary producer Walter Mirisch comes Flight to Mars, a stirring adventure from the dawn of the 1950s science fiction boom. Starring Marguerite Chapman and Cameron Mitchell, filmed in gorgeous Cinecolor with costumes that are out of this world, Flight to Mars emerged from tiny Monogram Pictures like a rocket. Despite coming from one of Hollywood's smallest Poverty Row studios, it was praised in it's time as "convincingly told and absorbing." (The Los Angeles Times)Five Earthlings land on Mars and are greeted by a team of friendly inhabitants. In time, the Earthlings learn that the genial welcoming party secretly covets their ship. Fearing they have depleted the key mineral used to power their life-support systems, the Martians are determined to get off their dying planet by any means necessary. Not only do the Martians intend to leave the stranded crew behind to die, but they also plan to invade and conquer Earth. The discovery of this sinister alien agenda kicks off a long round of deception and suspense. Can the space travelers outsmart these diabolical Martians? All seems lost until a female Martian scientist offers to help. Suddenly the group from Earth has a fighting chance!