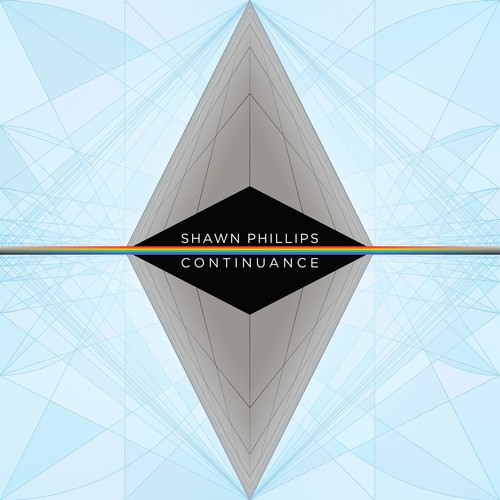 This album features Sebastian Persini on drums, Anthony Crawford on bass, Brockett Parsons on keyboards. Brockett is Lady Gaga's keyboard master and has worked with her for the last 5 years. Guitars were played by myself, Josh Seguin, (they call him Captain Shred) and on the song "C'Mon Round", country-style guitar was played by Jonathan McEuen, the son of John McEuen, founder of the Nitty Gritty Dirt Band. Danny Janklow played tenor and soprano saxophones. Now, here's the thing - these 6 musicians bring a presence of all that is best about every name I've played with at one time or another. That folks, is one hell of a band! What was born of this collaboration is the CD entitled "Continuance". I had never met any of these guys before. We never did more than 5 takes on any song. There is a great deal of improvisation throughout this CD. We were all in the same room when recording. I have a golden rule when in the studio with musicians of this calibre - "Don't ever tell the musician what to play". Tell them the lyric, then play them your vision of the basic musical structure and let them add their vision to that. You get magic! My dear friend Bob Ezrin, (co-producer with Dave Gilmore and Roger Waters of he Wall) whose opinion I highly value, said,"The CD arrived this afternoon and I sat there with a huge grin on my face all the way through. This record is pure Shawn Phillips". Several other people have said exactly the same thing. However, the highest praise I've received has been from my beloved wife Juliette, my soulmate for life, who is not my biggest fan (at all!). While I was on tour, she called me one day and said, "you know I've never been a fan of your music, but I have to tell you, this CD is fantastic!" Blew me away! This CD is one of the best fusions of rock, jazz, fusion, and classical I've heard. As many of you know, I try to make movies for your mind on my CDs and on this one, every track flows seamlessly into the next track.
This website uses cookies to personalize content and analyse traffic in order to offer you a better experience.
I accept Learn More
back to top