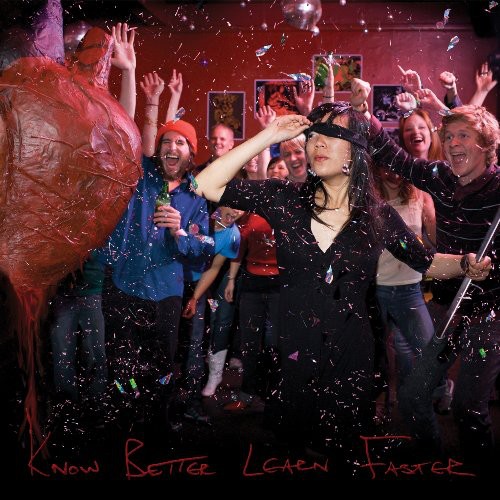 Know Better Learn Faster
Artist: Thao & The Get Down Stay Down
Format: CD
New: Not on Hand, Let us get it for you
Wish

Thao and the Get Down Stay Down are an awesome example of a great band making their success the old-fashioned way - by earning it. With only a locally released full length in her hometown of Richmond, VA under her belt, Thao put together an impressive backing band and began touring the US and Europe non-stop in 2007. When her debut full length, WE BRAVE BEE STINGS AND ALL was released on KRS in January 2008 she continued touring, building her fan base with an exciting, electric live show. Massive acclaim in the press and word of mouth propelled sales until she became the best-selling KRS artist of 2008 and the second-fastest selling artist in KRS history.