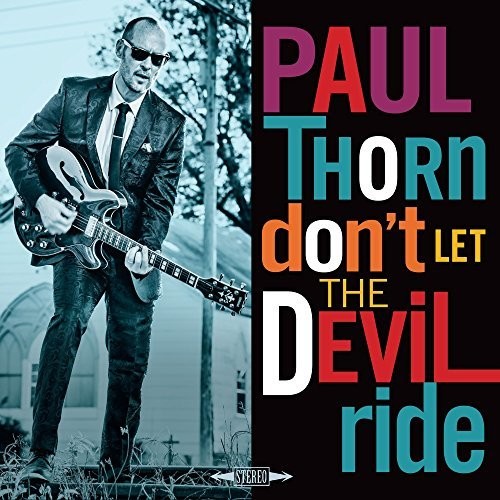 Don't Let The Devil Ride
Artist: Paul Thorn
Format: CD
New: Not on Hand, Let us get it for you
Wish

2018 release. Don't Let the Devil Ride collects soulful songs originally cut by black southern gospel groups, and features guests Blind Boys of Alabama, the McCrary Sisters, the Preservation Hall Jazz Horns, and Bonnie Bishop. The album was recorded at three temples of sound: the Sam C. Phillips Recording studio, whose namesake gave another son of Tupelo his start; at FAME Studios in Muscle Shoals, where Thorn worked as a songwriter for legendary producer Rick Hall early in his career; and at Preservation Hall, where horn players from the celebrated jazz venue lent songs a New Orleans vibe. Few of the songs here are well known. Billy Maddox, album co-producer, found most of them while digging through releases from small gospel labels in Mississippi and Alabama. The most familiar track here is no doubt Thorn's relaxed tempo version of the O'Jays "Love Train," a song whose feel-good qualities readily adapt to a gospel setting. The new release marks Thorn's first time recording gospel music, after a dozen albums in roots-rock mode, though his upbringing has previously been reflected in his creation of a body of strikingly original songs. The other songs stretch back much farther, but their themes - of redemption, taking stock of one's life, and resilience in the face of troubles - are universal, making them readily adaptable to the fresh takes here.