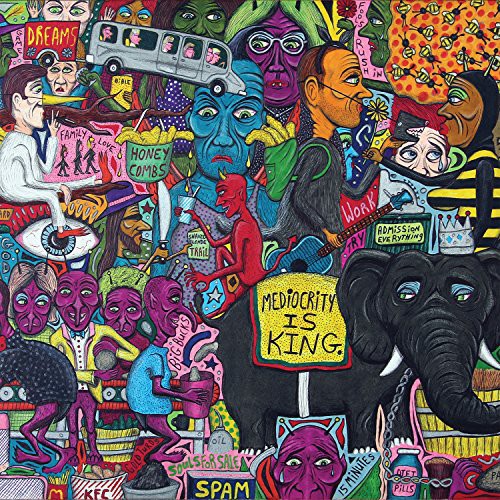 Too Blessed To Be Stressed [Vinyl]
Artist: Paul Thorn
Format: Vinyl
New: Not on Hand, Let us get it for you
Wish

Too Blessed To Be Stressed stakes out new territory for the popular roots-rock songwriter and performer. In the past, I've told stories that were mostly inspired by my own life, the former prizefighter and literal son of a preacher man offers. This time, I've written 10 songs that express more universal truths, and I ve done it with a purpose: to make people feel good. I don't think I could have written anthemic songs like this if I hadn't made my last album, Thorn says of 2012's What the Hell is Goin On? Like 2010's autobiographical Pimps & Preachers, it was among its year's most played CDs on Americana radio and contributed to Thorn's rapidly growing fan base. And Thorn followed that airplay success with his current AAA-radio hit version of Doctor My Eyes from April 2014's Looking Into You: A Tribute To Jackson Browne. It helps that those big vocal hooks on Too Blessed To Be Stressed are being reinforced by the sound of Thorn's flexible and dynamic band, as they have been doing for years in concert. During their two decades in the club, theater and festival trenches, the four-piece and their frontman have garnered a reputation for shows that ricochet from humor to poignancy to knock-out rock n roll. These guys really bring my songs to life, says Thorn. A lot of albums sound like they're made by a singer with bored studio musicians. My albums sound they're played by a real blood-and-guts band because that s what we are. And when we get up on stage, people hear and see that.