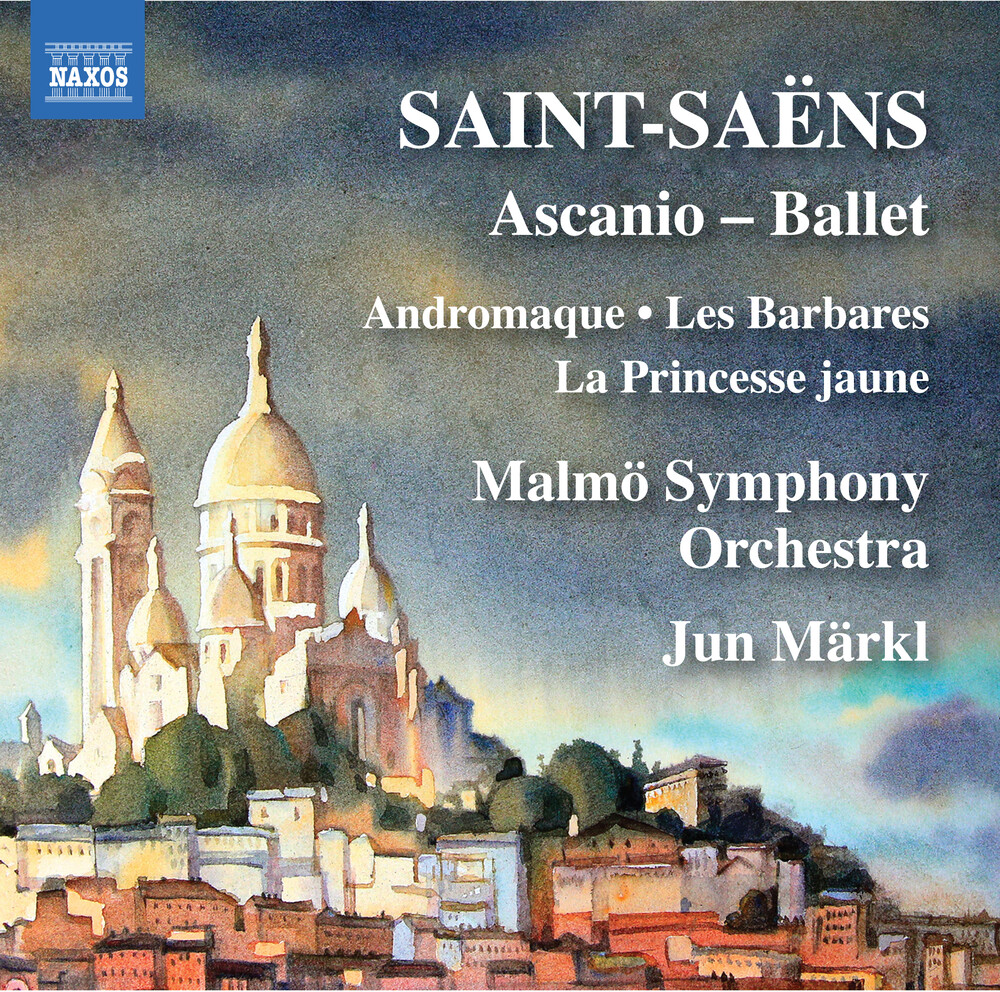 Saint-Saëns' operatic works contain instrumental music of vivacity and charm but have been undeservedly overlooked. Ascanio contains a substantial and elaborate divertissement that fellow composer Reynaldo Hahn termed 'the entire Renaissance in a few pages'. Les Barbares, a tale of conquest and revenge, includes a vivid Prologue and joyful ballet, while La Princesse jaune with it's pentatonic writing, and La Jota aragonese laced with Spanish vitality, show the composer at his most generously carefree. Jun Markl is a highly-respected interpreter of core Germanic repertoire and has become known for his refined and idiomatic explorations of the French Impressionists. His long-standing relationships with the state operas of Vienna, Berlin and Munich, the Semperoper Dresden and the Metropolitan Opera have been complemented by his music directorships of the Orchestre National de Lyon and the MDR Leipzig Radio Symphony Orchestra. In recognition of his achievements in Lyon, he was honoured in 2012 with the Chevalier de l'Ordre des Arts et des Lettres. Märkl has an extensive discography - among the over 50 albums he has recorded are the complete Schumann symphonies, works by Mendelssohn and Wagner, Ravel, Messiaen, and a highly-acclaimed Debussy set with the Orchestre National de Lyon. He is currently working on a cycle of works by Saint-Saëns and Hosokawa.