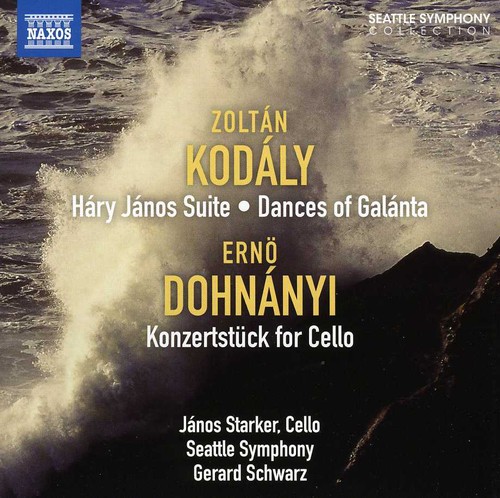 When KodĂ­ly constructed a suite of music from his opera HĂ­ry JĂ­nos, he further immortalized the braggart soldier of the title. Dreamlike and fantastic, the six scenes are imbued with imaginative writing of sweeping intensity, embracing a love-duet, a mock-epic battle, a folk song, and a vigorous recruiting dance. In the Dances of Gal+Ă­nta he again employed the Hungarian verbunkos recruiting dance tradition to celebrate the eightieth anniversary of the Budapest Philharmonic Society. The Konzertstuck of his compatriot and near-contemporary Erne DohnĂ­nyi is a full scale cello concerto of considerable lyric beauty. Gerard Schwarz was Music Director of the Seattle Symphony from 1985 to 2011. He currently serves as Seattle Symphony Conductor Laureate and Music Director of the Eastern Music Festival. His considerable discography of over 330 releases showcases his collaborations with some of the world's greatest orchestras, including the Czech Philharmonic, the London Symphony, Berlin Radio Symphony, Orchestre National de France and the Seattle Symphony, among others.