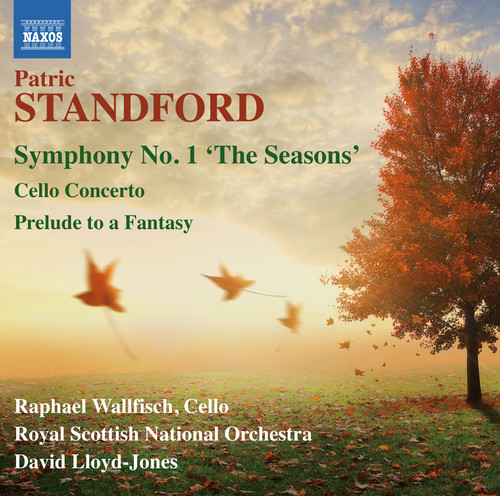 Patric Stand ford wrote in a wide variety of forms, from large-scale orchestral and choral music to a cappella, chamber and instrumental pieces. While teaching at the Guildhall School of Music in London he won several major international composition prizes. The First Symphony, each movement of which is named after a season, grew from a string piece conceived as a memorial for the conductor Sir John Barbirolli. Dedicated to and premiĂ¨red by the soloist on this recording, Raphael Wallfisch, the powerful Cello Concerto is built around a theme from the fifth movement, Ihr habt nun Traurigkeit (You now are sorrowful) of Brahms' German Requiem.