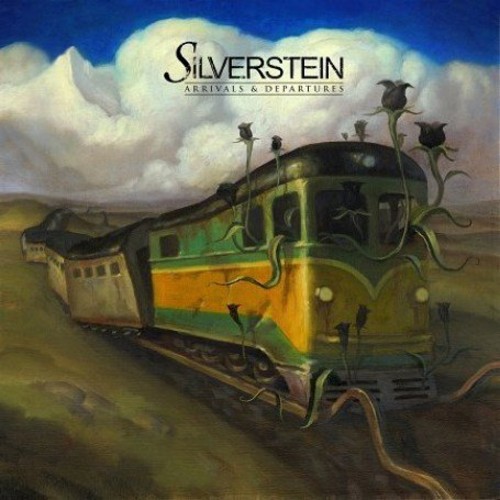 Arrivals and Departures
Artist: Silverstein
Format: CD
New: Not on Hand, Let us get it for you
Wish

One would be hard-pressed to come up with a more fitting title for Silverstein's new album than Arrivals&Departures. The full-throated rock passion that pervades all 11 songs emphatically depicts a band that has indeed arrived. Silverstein are about to depart the realm of grassroots phenomenon to enter the stratosphere of critical mass success.

''Arrivals & Departures'' is the third studio album by the Canadian post-hardcore band Silverstein. It was released on July 3, 2007, on Victory Records. The first single off this record is "If You Could See Into My Soul" followed by "Still Dreaming." Unlike the previous album ''Discovering the Waterfront'', no third single was released.

While the album gained many positive reviews, many fans felt let down by the album, as it showed a change in style from post-hardcore to a more conventional rock-based sound. Instead of enlisting Cameron Webb again, the album was produced by Mark Trombino, who had produced bands such as Blink-182 and Jimmy Eat World.

The music video for "Still Dreaming" was released on February 27, 2008. - Wikipedia