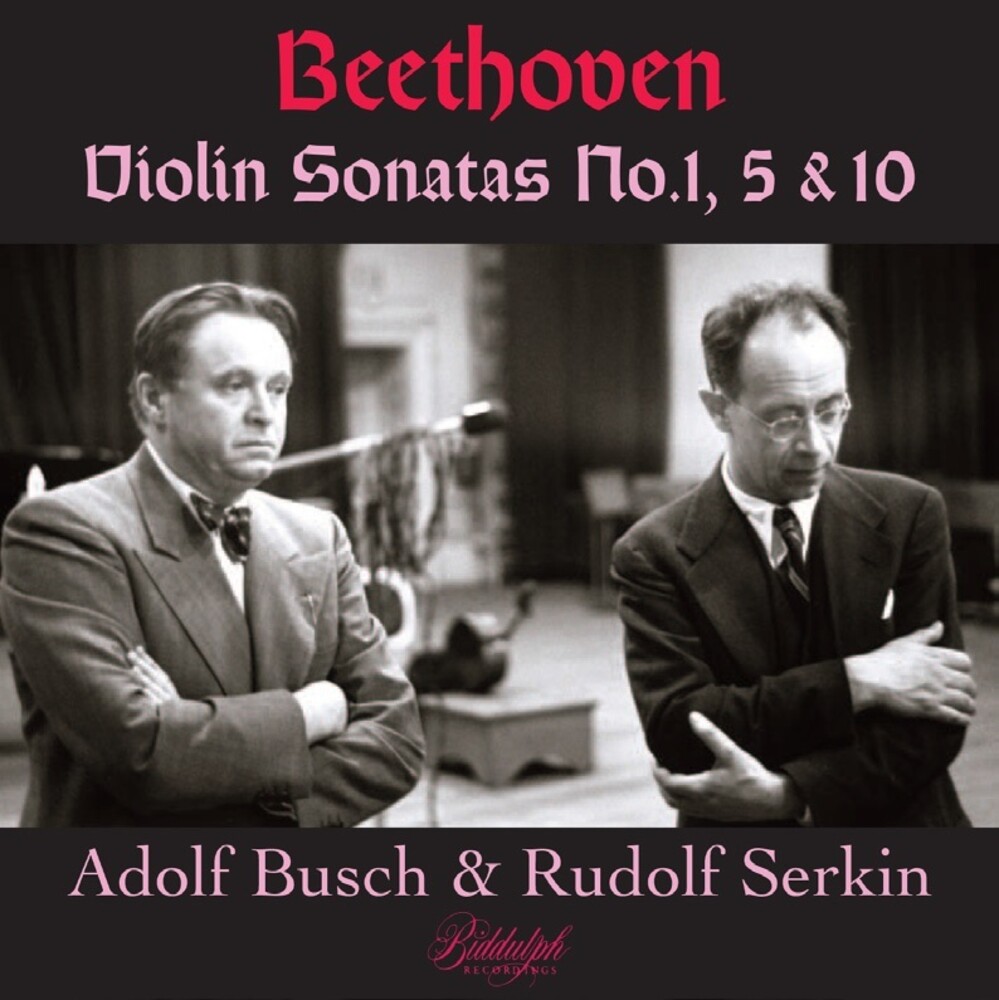 This CD features Adolph Busch and Rudolf Serkin performing three Beethoven violin sonatas. Recorded on 9-13 October 1951, these were the last commercial recordings ever made by this illustrious duo. Although Serkin continued performing for nearly 40 more years, Adolf Busch died the year after these recordings were made. This CD marks the first-ever release of these Beethoven sonata recordings by Busch and Serkin. Although two of the sonatas - No.1 and No.10 - originally came out on LP, the performance of the 'Spring' Sonata (No.5) is previously unissued and is it's first-ever release in any format. Originally recorded on 9-13 October (mono), 1951. Beethoven Sonata No. 1 was first brought out by Columbia about 20 years after it was recorded. This was later reissued on a Japanese Columbia LP, along with the Sonata No. 10. The Beethoven "Sprint" Sonata is from acetates discs belonging to the Serkin family. These discs were made from the original tape recording of the October 1961 Columbia recordings sessions
back to top