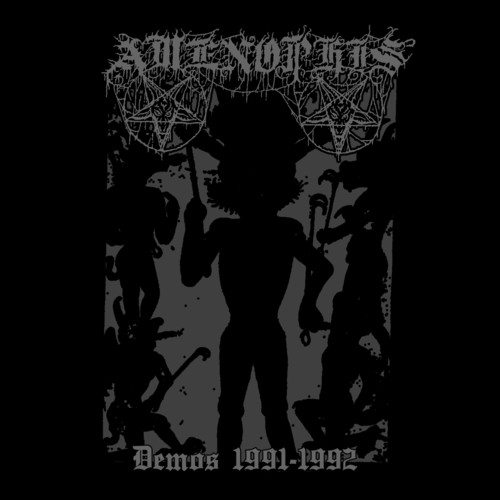 Archive release from the Swedish metal legends. The Stockholm/Gothenburg branch of early Swedish extreme metal has been really well-documented, but the area in and around the city of NorrkĂ¶ping in the Ă–stergĂ¶tland province likewise spawned famous acts like Marduk, Allegiance, Darkified, etc. In classic healthy underground style, a lot of other quality ensembles resided within that movement. One of the absolute best was Amenophis, and during their years of activity (1989-1995) they were responsible for two classy demos: Amenophis in 1991 and The Twelfth Hour in 1992. Both demos (containing all the material ever put to tape) have now been collected onto one disc with an extensive biography written by founding member Tim Pettersson. Amenophis were strongly tied to the classic old sounds of Death, Possessed, Celtic Frost - connecting it with a Swedish early `90s death metal edge. Some of the Amenophis members also played in the aforementioned Darkified and Allegiance. The Demos 1991-1992 compilation is an important piece of Swedish extreme metal history and a must for all serious old school collectors.