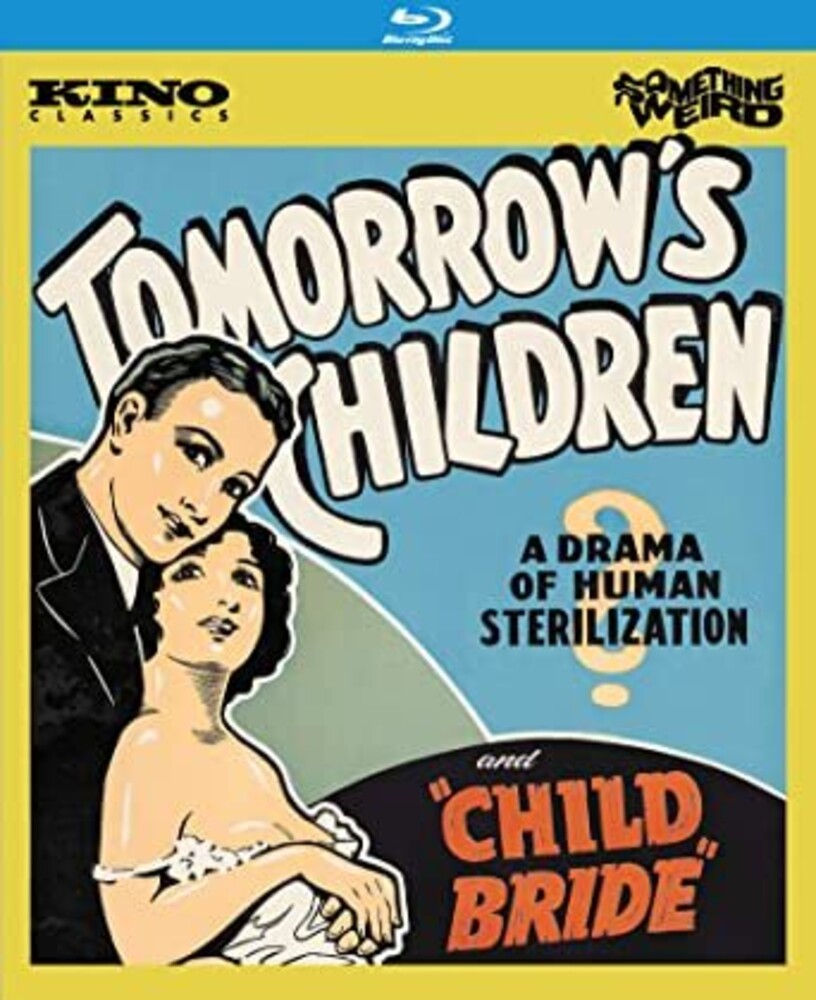 Includes: Tomorrow's Children (1934)Is every woman entitled to motherhood? Not according to this bizarre look at one woman's troubles. Forced by the state to submit to sterilization when it's learned her family has a history of drunkenness, insanity and idiocy, it's up to her doctor to save her. Unintentionally hilarious camp drama stars Diane Sinclair, Donald Douglas, John Preston. 55 min. BW/Rtg: NR Child Bride (1938)A roadshow exploitation classic set in hillbilly territory about a schoolteacher who wants to change the region's custom of having adults marry young gals. Shirley Mills ("The Grapes of Wrath") plays the nubile girl whom an ornery moonshiner wants to take down the aisle. This restored edition of the film features the infamous "skinny-dipping" scene. With Angelo Rossitto and R.G. Armstrong. 62 min. BW/Rtg: NR Standard; Soundtrack: English; audio commentary; theatrical trailers.