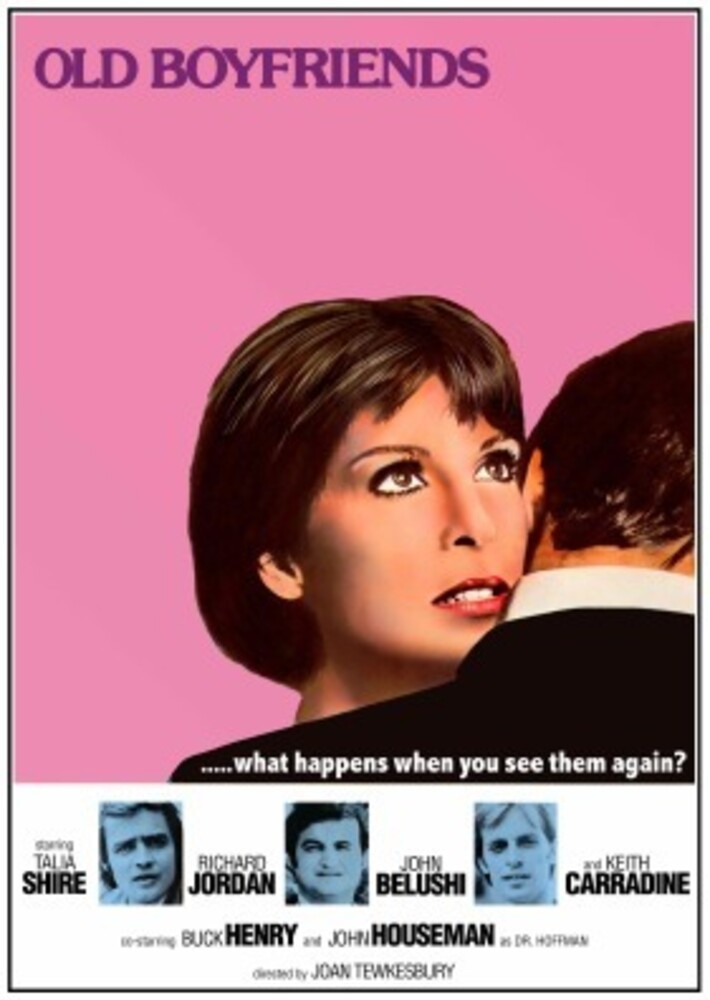 Old Boyfriends
Format: DVD
New: Not on Hand, Let us get it for you
Wish

A moving performance by Talia Shire and an insightful script co-written by Paul Schrader anchors this poignant drama that focuses on Dianne Cruise, a psychiatrist feeling unmoored in the wake of a failed marriage. Dianne reconnects with three former loves (John Belushi, Keith Carradine, and Richard Jordan) in the hopes it will help her rediscover herself. But it's not simply a walk down Memory Lane, as it turns out each man had a less-than-positive effect on her. With John Houseman, Buck Henry. 103 min. Widescreen; Soundtrack: English; Subtitles: English; audio commentary; theatrical trailers.