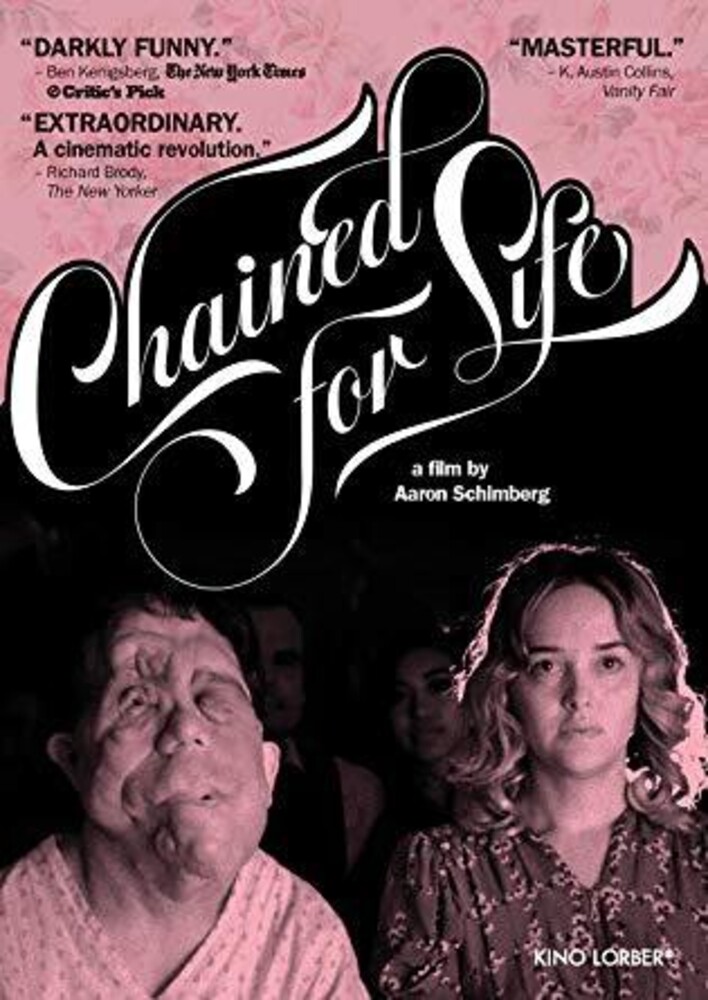 Chained For Life is one of the most critically acclaimed films of 2019, an absurdly funny and moving exploration of life on a movie set. Mabel (Jess Weixler, Teeth) and Rosenthal (Adam Pearson, Under the Skin) are the two stars of a pretentious art-horror film directed by an unhinged tyrant who may or may not be German (he goes by "Herr Director"). Mabel is playing a blind woman while Rosenthal, who has facial tumors caused by neurofibromatosis, is essentially playing a version of himself. Both their characters are part of a mad doctor's plot to "cure" disabilities. But while Mabel can distance herself from her character, Rosenthal's genetic disorder is the reason he was cast. Pulling from influences as disparate as Tod Browning's Freaks, Robert Altman's The Player, and David Lynch's The Elephant Man, Aaron Schimberg's Chained For Life is a brilliant meditation on beauty, disability, and the nature of performance.