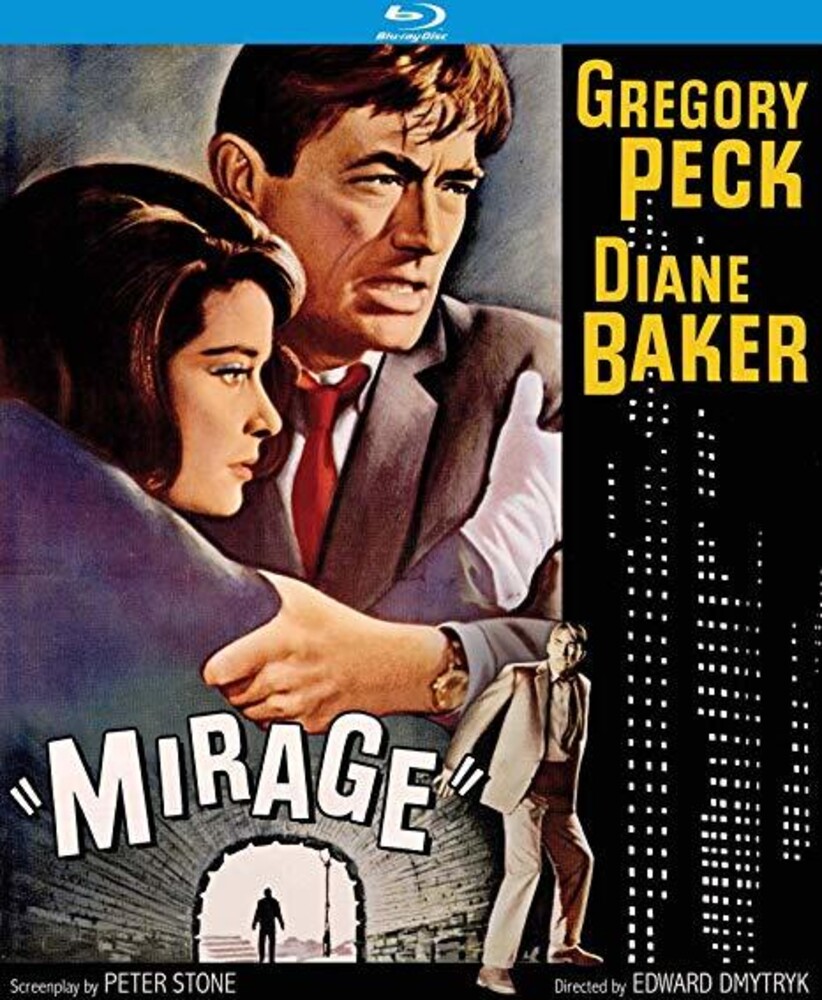 Gregory Peck (The Big Country), Diane Baker (Krakatoa: East of Java) and Walter Matthau (The Taking of Pelham One Two Three) star in Mirage, a psychological thriller where danger, deception and even murder lurk around every corner. Bewildered accountant David Stillwell (Peck) believes he must be suffering from some form of amnesia and enlists the help of a private detective (Matthau) to help determine his identity. Experiencing flashbacks of a disturbing past and perplexed by the woman (Baker) in his life, Stillwell struggles to make sense of his perilous situation before a murder plot ensnares him. Filmed on location in alluring New York City, Mirage is an edge-of-your-seat suspense film that remains one of the genre's timeless classics. Directed by Edward Dmytryk (Murder, My Sweet) with a screenplay by Peter Stone (Charade), based on the novel Fallen Angel by Howard Fast (Spartacus). The sensational cast includes Kevin McCarthy (Invasion of the Body Snatchers), Jack Weston (Fuzz), Leif Erickson (Strait-Jacket), Walter Abel (13 Rue Madeleine) and George Kennedy (Thunderbolt and Lightfoot).