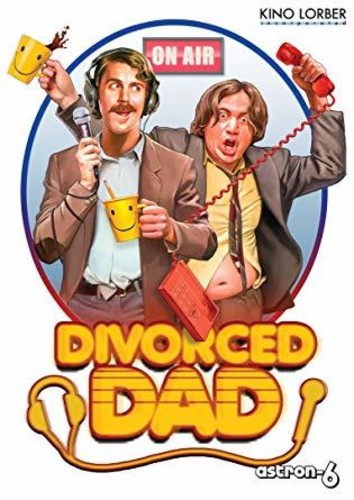 Inspired by a dream, a newly-single man (Matthew Kennedy) eases the pain of his mid-life crisis by launching a public-access talk show. But no matter how innocuous the topic, each episode devolves into chaos, veering from slapstick comedy into supernatural horror, driving the Divorced Dad ever closer to his emotional breaking point. Produced by the Canadian filmmaking collective Astron-6 (The Editor), Divorced Dad is a nostalgic nightmare that toys with the technology of no-budget, '80s video chat shows in a way that relishes, rather than mocks, the outdated conventions of the medium. Divorced Dad originated as a web series, and was promptly banned from YouTube upon the release of it's brilliant "My Sis" episode. Kino Lorber now presents all five episodes of the series, plus previously unreleased episodes, extended cuts, and a wealth of special features. The original five episodes: "Dale, " "Fruits of My Labour, " "Home Improvements, " "My Sis, " and "Fitness" / Two bonus episodes: "Cooking With Dad" and "The Curse of the Pharaoh's Code" / Alternate footage / Audio commentaries / "Merry Christmas from Santa Claus" / Chowboys: An American Folktale (2018, 9 min.), the final film from Astron-6 / Optional English subtitles