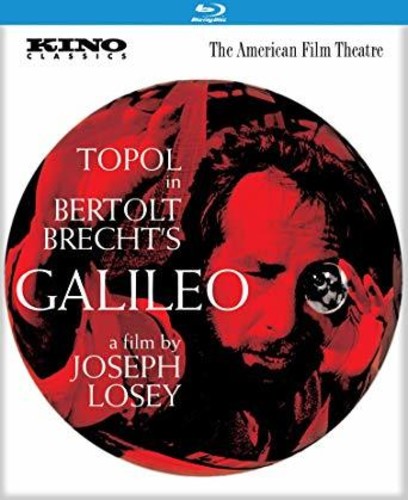 Fiddler on the Roof s Topol and a cast of British theatrical aristocracy (including Sir John Gielgud, Patrick Magee, and Tom Conti) recreate the troubled life and anxious times of 17th-century physicist and astronomer Galileo Galilei. Under the direction of Joseph Losey, who originated the American stage version in 1947, The AFT s Galileo focuses Bertolt Brecht s characteristic mosaic of theatricality and immediacy into a keenly cinematic drama that pits public responsibility against private doubt. Neither coward nor hero, Brecht s Galileo reveals the troubling human side of the struggle between science, government and religion, a conflict that is perhaps more relevant than ever. Special Features: Interview with Topol / Interview with Edie Landau / Ely Landau: In Front of the Camera, a promotional film for the American Film Theatre / Gallery of trailers for the American Film Theatre / English SDH subtitles for the deaf and hard-of-hearing.