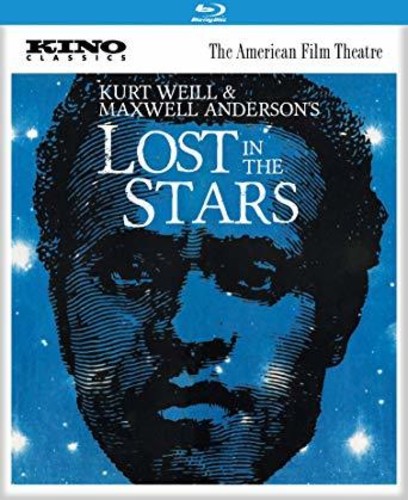 Lost In The Stars (1974)
Artist: John Holland
Format: Blu-Ray
New: Not on Hand, Let us get it for you
Wish

Alan Paton s world famous novel of racial oppression, Cry the Beloved Country is transformed into a tragic and beautiful film musical unlike any you ve ever seen. Gilded by Kurt Weill s (The Threepenny Opera) powerful music and lucid lyrics by Maxwell Anderson, and guided by Daniel Mann s (Playing for Time) sensitive direction, this one-of-a-kind film is both a heartbreaking indictment of a cruel society and a poetic testament to the millions of forgotten lives ground beneath the heel of apartheid. Brock Peters (To Kill a Mockingbird) is a black South African minister searching the unfamiliar urban alleys and shanty towns of Johannesburg for his missing son. Special Features: Interview with Edie Landau / Ely Landau: In Front of the Camera, a promotional film for the American Film Theatre / Gallery of trailers for the American Film Theatre / English SDH subtitles for the deaf and hard-of-hearing