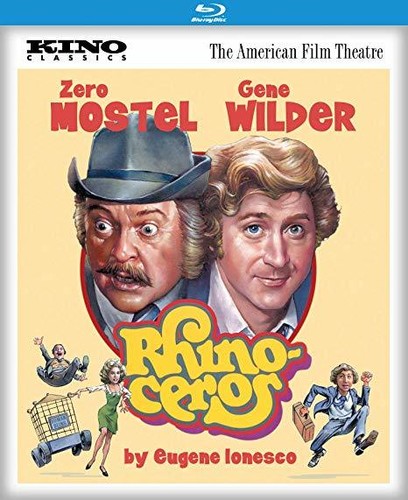 Reunited for the first and only time after their triumph in Mel Brooks's The Producers, Gene Wilder and Zero Mostrel push their shared genius for physical slapstick, manic wit, and sly satire to a level of fearless absurdity that virtually no other comedy team would dare approach. Director Tom O'Horgan, originator of the Broadway smash Hair, transforms Eugene Ionesco's Theater of the Absurd curio Rhinoceros into a fluid, character-rich screen comedy that The Hollywood Reporter deemed, "an excellent film."