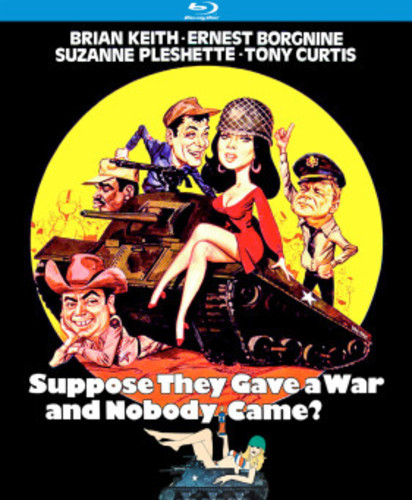 An attempt to improve relations between a small Southern town and a nearby Army base by throwing a dance fails spectacularly in this fun-filled farce. When a sergeant (Tony Curtis) is arrested for romancing a gorgeous waitress (Suzanne Pleshette) whom the sheriff (Ernest Borgnine) wants for himself, the stage is set for a hilarious showdown between the military and the local militia. Brian Keith, Tom Ewell, Ivan Dixon, Bradford Dillman, and Don Ameche co-star. 112 min. AKA: "War Games." Widescreen; Soundtrack: English; Subtitles: English; audio commentary; theatrical trailers.