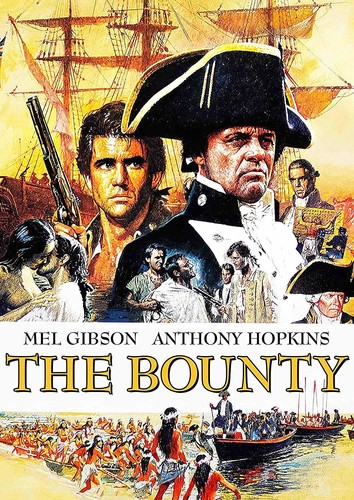 The fourth screen version of the classic seafaring saga features Anthony Hopkins as Lt. William Bligh, captain of the HMS Bounty, and Mel Gibson as first-mate Fletcher Christian. During an expedition to Tahiti, Christian leads a mutiny against the iron-handed Bligh, forcing him and his loyal followers off the ship. As Christian tries to find an island safe from British law, Bligh and his men attempt to survive the open sea in a cramped longboat. With Laurence Olivier, Edward Fox, Daniel Day-Lewis, Liam Neeson.