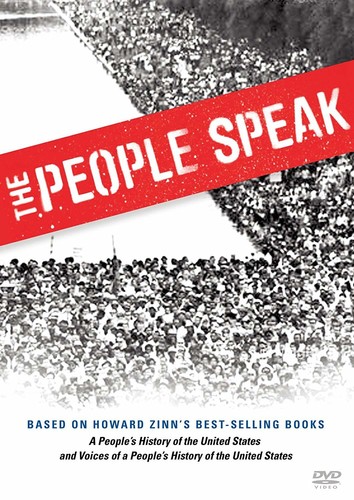 The People Speak is a beautiful and moving film inspired by Howard Zinn's books A People's History of the United States-first published in 1980 and one of the best-selling history books in the United States-and Voices of a People's History of the United States, the primary-source companion to A People's History of the United States, edited with Anthony Arnove. The film features the actual words (in letters, songs, poems, speeches, and manifestos) of rebels, dissenters, and visionaries from our past-and present-including Frederick Douglass, Susan B. Anthony, Bob Dylan, Langston Hughes, Chief Joseph, Muhammad Ali, and unknown veterans, union workers, abolitionists, and many others never featured in high school textbooks. Like Howard Zinn's work as a whole, The People Speak celebrates the extraordinary possibilities for creating social change that ordinary people have realized throughout the course of our nation's rich but often ignored history of dissent and protest.