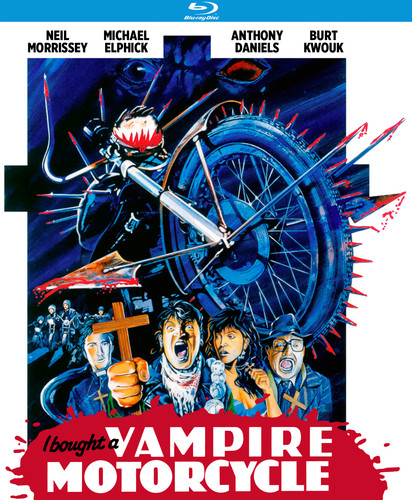 After the British biker gang the Road Toads puts down an incursion into their territory by a rival gang that worships the Devil, one of the enemy's bikes is taken over by a demonic spirit called upon by it's (now dead) rider. The cycle's unsuspecting new owner soon discovers the cursed Norton Commando has a thirst for blood and a mind of it's own! Outrageous horror comedy stars Neil Morrissey, Amanda Noar, Burt Kwouk, and Anthony Daniels. 101 min. Widescreen; Soundtrack: English; Subtitles: English; audio commentary; featurettes; theatrical trailer.