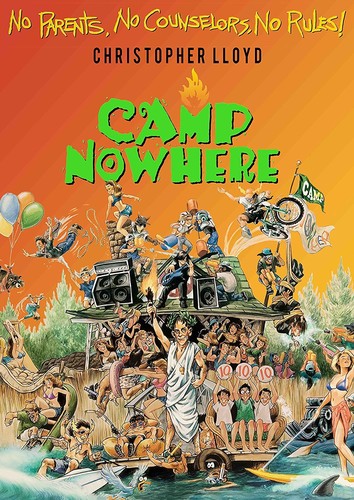 Camp Nowhere
Format: DVD
New: Not on Hand, Let us get it for you
Wish

A junior high student is told by his parents he must attend computer camp, but he has a better idea: He and his pals create their own summer resort, a former hippie commune where no rules apply. Hiring a wigged-out ex-drama teacher as their head counselor, the kids embark on an amazingly fun-filled adventure. Christopher Lloyd, Jonathan Jackson, Burgess Meredith, M. Emmet Walsh, Peter Scolari, and Jessica Alba (in her feature film debut) star in this comedy for the whole family. 96 min. Widescreen; Soundtrack: English; audio commentary; theatrical trailer.