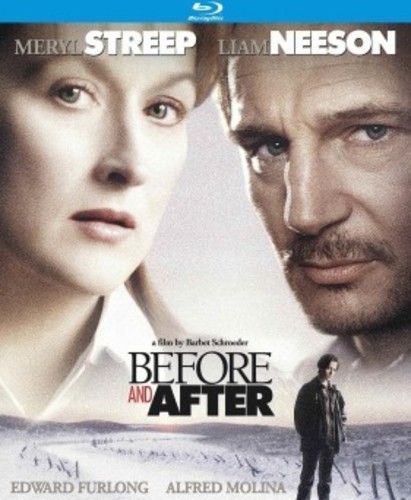 Before and After
Format: Blu-Ray
New: Available to Order $19.95
Wish

When their teenage son is accused of killing his girlfriend, disbelieving parents Carolyn (Meryl Streep) and Ben Ryan (Liam Neeson) fight to save him. But when they tamper with evidence that might have connected him to the crime, they are forced to take another look at his claims of innocence. Gripping drama also stars Edward Furlong, Alfred Molina, Julia Weldon; directed by Barbet Schroeder. 108 min. Widescreen; Soundtrack: English; audio commentary; theatrical trailer.