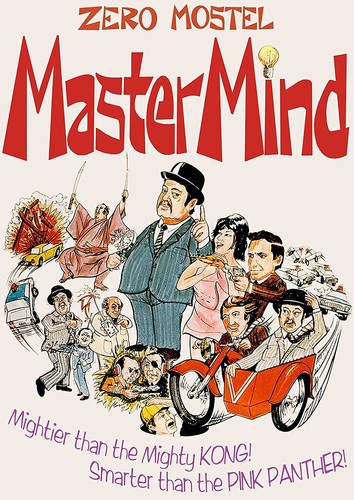 Mastermind
Format: DVD
New: Not on Hand, Let us get it for you
Wish

Zero Mostel stars as Inspector Hoku Ichihara, a bumbling Japanese sleuth who fantasizes about being a powerful samurai. Is the heroic detective up to the task of tracking down a band of criminals who've stolen a high-tech experimental robot? Probably not, but he's been assigned to the job anyway. Filmed in 1969 but not released for seven years, this hilarious mystery spoof also stars Bradford Dillman, Sorrell Booke, Keiko Kishi, Gawn Grainger. 86 min. Widescreen; Soundtrack: English; theatrical trailers.