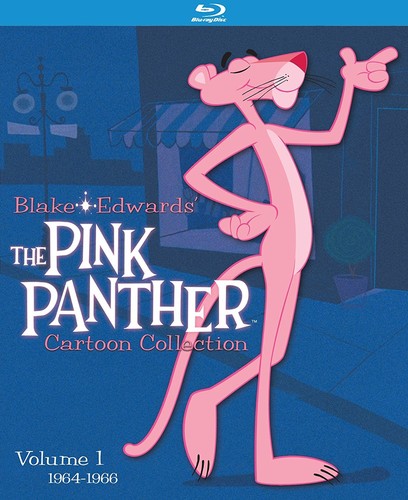 Finding immediate fame in the opening title sequence of Blake Edwards 1964 classic comedy The Pink Panther, the feline embodiment of the Swinging Sixties cool quickly become the star of his own animated shorts produced by the DePatie-Frelend Studio. Unlike the loud and manic characters of other animation studios, the Pink Panther was lithe and easygoing, and moved to the rhythm of jazzy theme music of the great Henry Mancini (Breakfast at Tiffany's). Usually thwarting the plans of a variety of uptight little men, the hep cat's fresh approach to cartoon comedy earned an Academy Award for his first solo effort: The Pink Phink (Best Animated Short Film, 1964) and remains the era's most iconic animation sensation. This collection of 20 cartoons are all mastered in HD and feature the original audio without laugh-tracks which were added to the television versions of the short films.