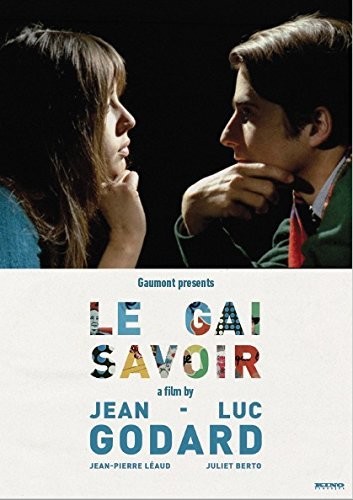 In one of his most experimental and controversial films, scripter/director Jean-Luc Godard adapts Jean-Jacques Rousseau's "Ă‰mile" into a two-person drama that breaks the language of cinema down to it's basic elements. In an otherwise empty television studio, Ă‰mile Rousseau (Jean-Pierre LĂ©aud) and Patricia Lamumba (Juliet Berto) discuss everything from current events to cinema to language itself amidst a barrage of powerful images and sounds. Narrated by Godard. AKA: "Joy of Learning." 92 min. Standard; Soundtrack: French; Subtitles: English; audio commentary; theatrical trailers. In French with English subtitles.