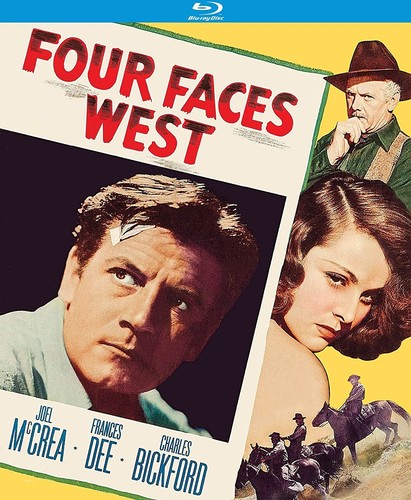 When his father's ranch was threatened with foreclosure, Ross McEwen (Joel McCrea) tried to secure a bank loan... and wound up taking what he needed at the end of a six-iron. As the reluctant bandit makes his way across New Mexico, he earns the friendship of a nurse (Frances Dee) and a Mexican businessman (Joseph Calleia)-as well as the determined pursuit of lawman Pat Garrett (Charles Bickford), who was unimpressed by the I.O.U. he left behind. Unusual oater co-stars William Conrad. 89 min. Standard; Soundtrack: English; Subtitles: English; theatrical trailers.