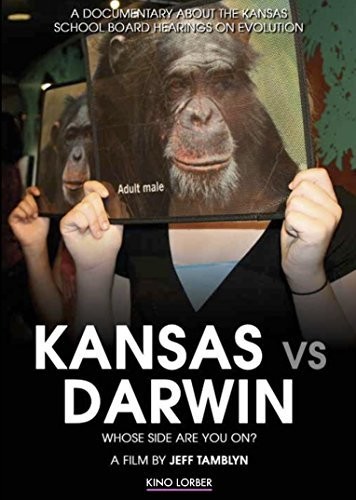 Kansas Vs. Darwin
Format: DVD
New: Not on Hand, Let us get it for you
Wish

In May of 2005, a three-member subcommittee of the Kansas State Board of Education held hearings to determine whether Charles Darwin s long-held Theory of Evolution should be challenged in public-school science curriculum. At stake was, in effect, the definition of science for Kansas schoolchildren. Kansas vs. Darwin takes you inside the hearings to meet the characters who captured the world s attention: school board members who believe their literal interpretation of the Bible trumps modern scientific evidence, and members of the Intelligent Design Network who believe mainstream science is conspiring to suppress evidence that would overturn evolution. You ll also get face to face with an organization of Kansas scientists, educators, and citizens who organize an international response to put an end to what they see as a religiously-motivated kangaroo court.