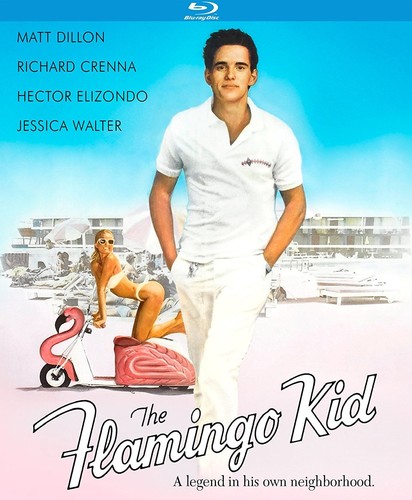 It's going to be a summer to remember! Jeffrey Willis is out to set the world on fire... starting with a well-to-do Long Island beach club! Matt Dillon (My Bodyguard) leads an all-star cast, including Richard Crenna (Stone Cold Dead), Hector Elizondo (The Taking of Pelham One Two Three), Jessica Walter (Play Misty for Me) and Janet Jones (A Chorus Line), in this poignant, fast-moving and totally engrossing story that is funny, sensitive and beautifully written. Everything was settled for 18-year-old Jeffrey (Dillon), the plumber's son from Brooklyn: one last summer of carefree fun before college. But when he gets a job as a cabana boy at the El Flamingo Beach Club - with it's shapely coeds, gin-playing cardsharps and wealthy snobs - Jeffrey is lured into a world distinctly different from his working-class roots... a world that could ultimately draw him away from his education, his background and his family! Wonderfully directed by Hollywood veteran Garry Marshall (Young Doctors in Love, Pretty Woman) with a screenplay by Garry Marshall and Neal Marshall (The Carol Burnett Show).