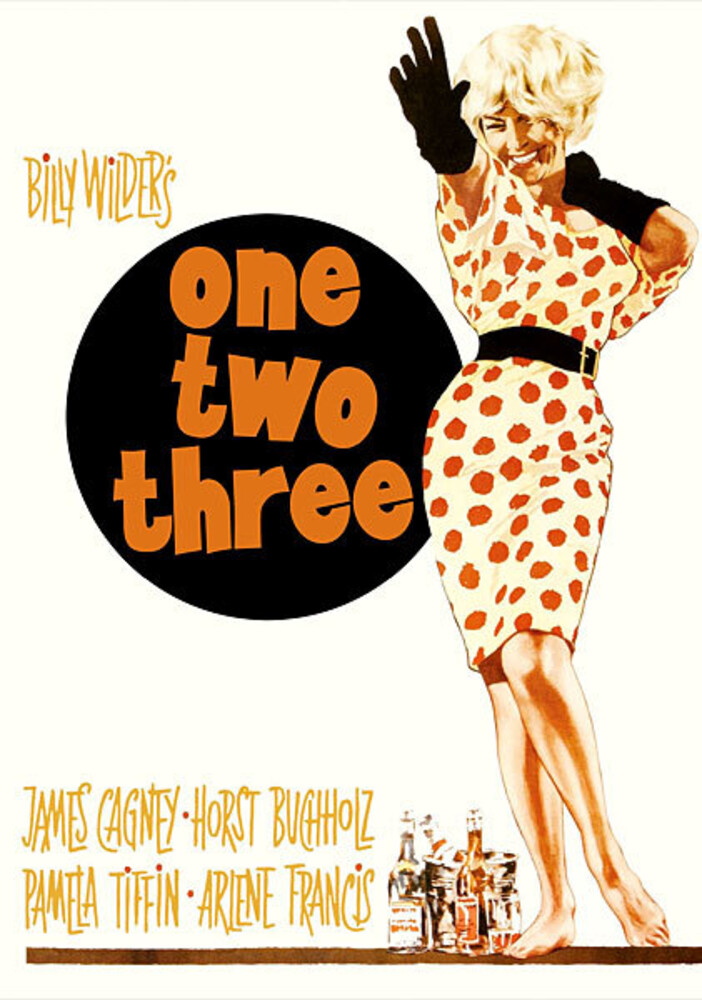 Hollywood great James Cagney (The Gallant Hours) gives one of the richest, funniest, most breathlessly paced performances of his career in this comedy that defrosts the Cold War with gales of laughter. C.R. Mac MacNamara (Cagney) is a top-ranking soda executive stationed in West Berlin who s responsible for his boss daughter (Pamela Tiffin, Come Fly with Me) while he s away on business. But when he learns that she's gone and married a fierce young communist (Horst Buchholz, The Magnificent Seven) and that his boss will be arriving in town in 24 hours, Mac must transform the unwilling beatnik into a suitable son-in-law or risk losing his chance for advancement! Before you can say "one, two, three," his plans have spun out of control and into an international incident that could infuriate the Russians, the Germans and, worst of all, his own suspicious wife. Legendary director Billy Wilder (Irma La Douce) directed and co-wrote this hilarious, fast-paced and lighthearted comedy with his twelve-time writing partner I.A.L. Diamond (Avanti!).