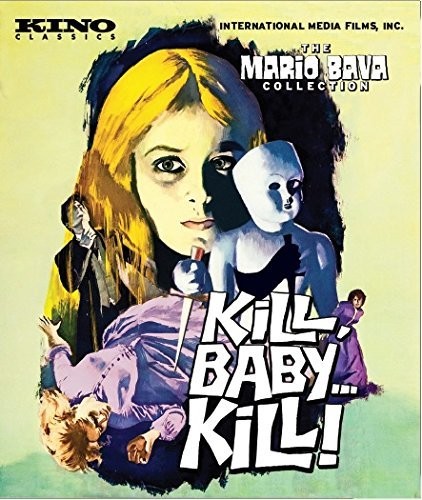 One of the more prominent works of Italy's premier horror stylist Mario Bava, this occult murder mystery interweaves elements of the traditional giallo thriller formula with an unusual Gothic ghost story. The tale is set in a modern-day Carpathian village rocked by a series of bizarre murders, in which the female victims are found with gold coins imbedded in their hearts. The coins are revealed to be talismans placed on the victims by the local sorceress (Fabienne Dali), meant to ward off the supernatural powers of the aged Baroness Graps (Giana Vivaldi). The baroness has been acting as an earthly liaison for the vengeful ghost of her murdered daughter, who wants to claim the villagers' souls - with Erica Blanc next on the list. In order to free the village from the evil curse, Dali must find the sequestered baroness and destroy her. The film was released in the U.S. in two dubbed and re-edited versions, Kill, Baby, Kill! And Curse of the Living Dead (packaged as part of an "Orgy of the Living Dead" triple feature).