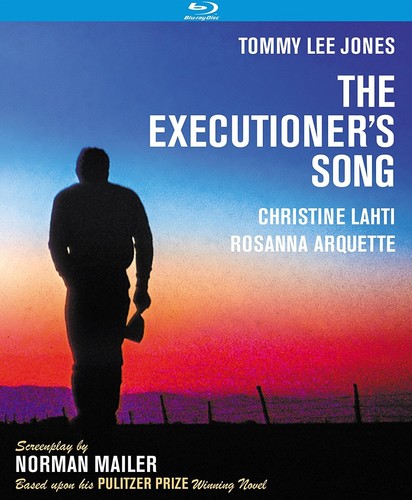 This Special Edition Blu-ray includes both the Original 188-minute Cut and the 135-minute Director's Cut. Norman Mailer (Tough Guys Don't Dance) wrote the screenplay for this classic miniseries, based on his 1979 Pulitzer Prize-winning novel. Screen legend Tommy Lee Jones (The Park Is Mine, Blown Away), Rosanna Arquette (Desperately Seeking Susan, 8 Million Ways to Die), Christine Lahti (Running on Empty) and Eli Wallach (The Good, the Bad and the Ugly) co-star in this critically acclaimed true story of convicted murderer Gary Gilmore. Jones provides an Emmy-winning performance as the story follows the last nine months of Gilmore's life. Experience one of the most compelling news stories of the 20th century when he demands the death penalty, rather than spend his life in jail. Gilmore's execution marked the resumption of the death penalty in the United States and became a historical case that is still relevant today. Veteran producer Lawrence Schiller (Marilyn: The Untold Story) directed this haunting drama, which was nominated for Outstanding Lead Actress in a Limited Series or a Special (Arquette) and Outstanding Writing in a Limited Series or a Special (Mailer) Emmy Awards.